RENO, NV, November 17, 2020 — Moon Mark, the entertainment and education company that will sponsor the first-ever race on the Moon in 2021, today announced it will partner with Golden, CO-based Lunar Outpost to secure the two racers that will make history.

After eight weeks of qualifying challenges by high-schoolers from around the world, six teams of five members will compete to become the final two that race on the Moon. Their adventures will be captured, produced and globally distributed by Moon Mark. The final two teams will complete the racer designs in Houston, Texas, before being loaded onto the lander that will transport them to Kennedy Space Center, and then to the Moon.

“We could not be more pleased to partner with Lunar Outpost, the industry’s leader in aerospace mobility,” said Mary L. Hagy, Moon Mark’s Founder and CEO. “Their expertise in developing lunar rovers ensures that our racing teams will have the technical background to accomplish the mission and leave a scientific legacy after the checkered flag waves.”

“Moon Mark’s mission of getting young people involved in aerospace and working toward utilizing space for the betterment of humanity is something that resonates with us,” said Justin Cyrus, Co-Founder and CEO of Lunar Outpost. “We look forward to enabling racers on the Moon and being a part of the journey to bring space to the world.”

The two racers will deploy on the Moon via the Nova-C lander by Houston-based Intuitive Machines, following a SpaceX Falcon 9 launch in late 2021.

Founded in 2018, Moon Mark creates and captures the adventures of young explorers from across the world who compete to make history by designing, building and racing vehicles on the Moon. In 2021, Houston-based aerospace company Intuitive Machines will launch their Nova-C Lunar Lander on SpaceX’s Falcon 9 rocket from the Earth to the Moon carrying racers uniquely designed by Lunar Outpost for our space race.  https://moonmark.space

Founded in 2017, Lunar Outpost creates technologies that enable a sustainable presence on the lunar surface through the use of robotics and advanced instrumentation. While Lunar Outpost’s MAPP rover will carry high-value payloads and prospect for resources on its Moon missions, the company. creates a positive impact here on Earth, through its Canary air quality and environmental monitors that provide critical pollution data to cities, regulators, and industrial users. https://www.lunaroutpost.com/robotics 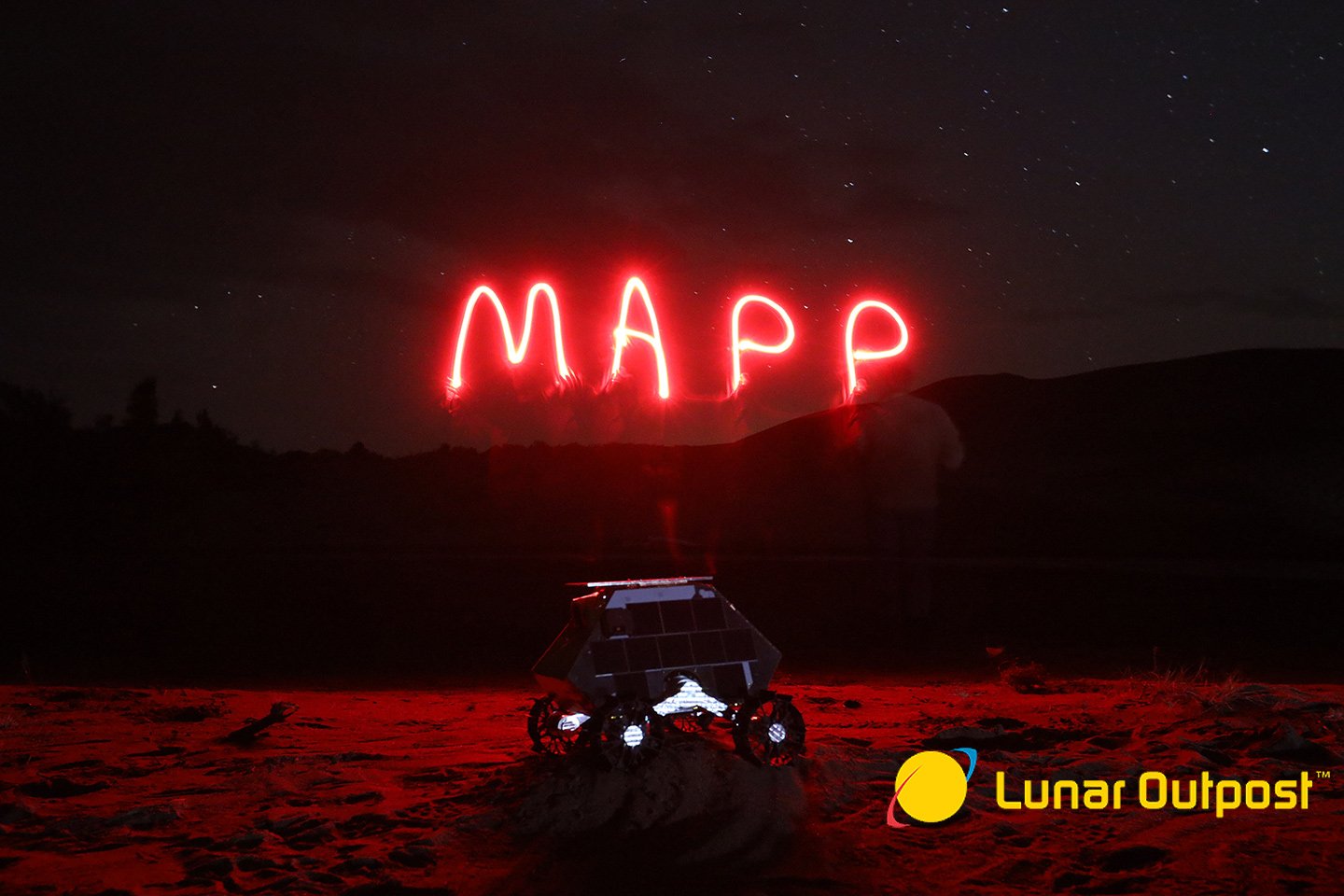